The 7 Health Wonders Of Turmeric 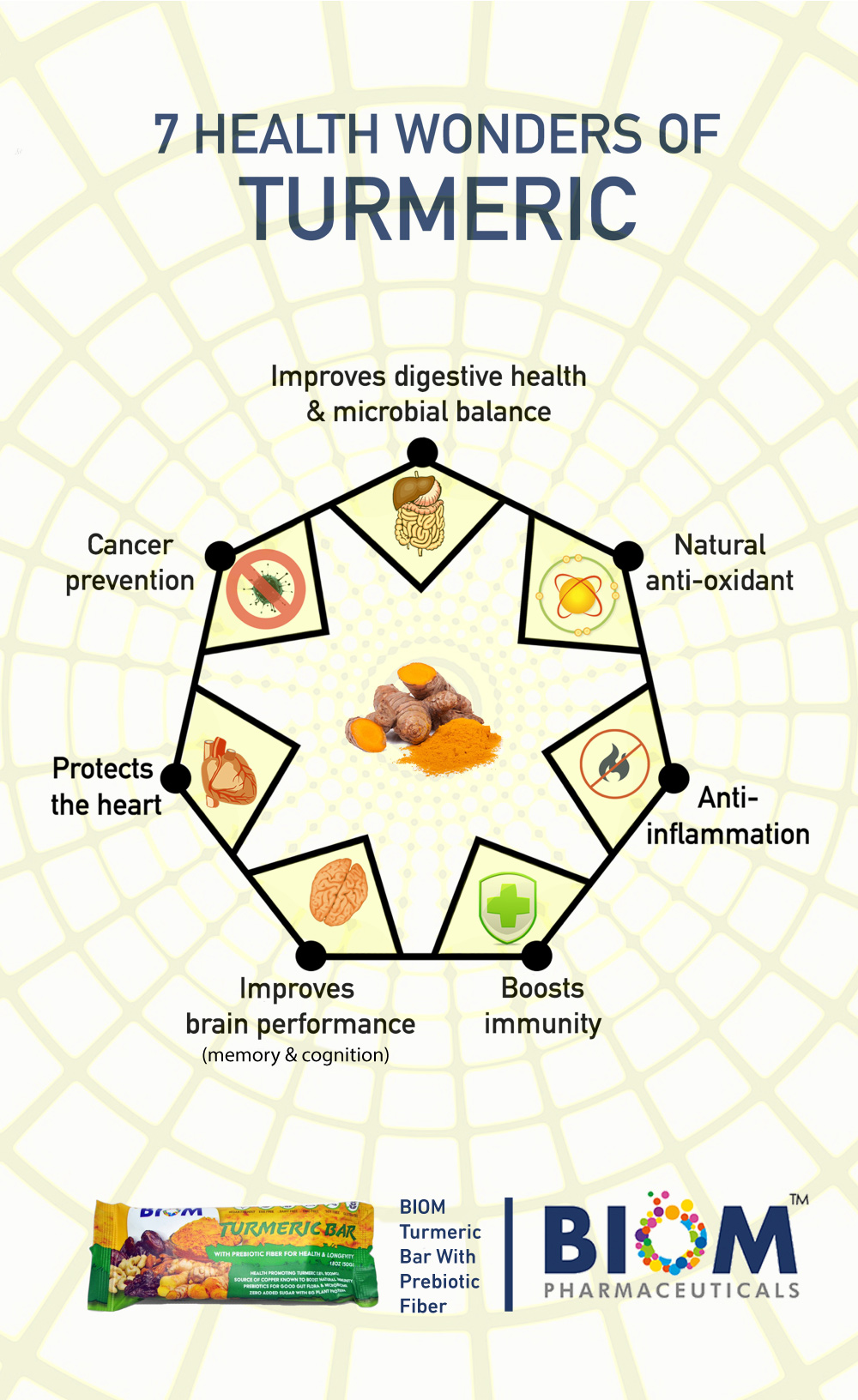 Turmeric is one of the most widely consumed culinary herbs in South Asia. Over the course of the last century though, the popularity of this herb has skyrocketed globally. Turmeric doesn’t just spice up your food, but can also help to improve the health of your body and mind in a lot of ways. In fact, turmeric’s medicinal properties have been revered by herbal medicine experts and traditional healers across Asia for centuries. But of late, modern biochemists and scientists have also been acknowledging the many medicinal benefits of Turmeric. No wonder why consumers are increasingly buying food, medicines, and cosmetics containing this amazing herb.

Turmeric is actually a flowering plant that belongs to the ginger family named Zingiberaceae. The plant is native to Southern and Eastern regions of Asia and grows primarily in places with tropical climate and heavy annual rainfall. The plant is primarily grown for its wide roots, also called rhizomes, which are either consumed fresh or dried and then powdered. This powder is deep-orange-yellow in color and has a warm aromatic flavor. In addition to its use in food and medicines, turmeric is also prominently used in some regions as natural clothing dye. Archaeological evidences suggest that the culture of growing and consuming turmeric in Asia dates as far back as 4500 years.

Although Turmeric can be highly effective against several ailments, its dosages need to be carefully assessed before consumption. The basic daily recommended dosage is 1-3 grams of powdered Turmeric. Thus, if your daily diet doesn’t include turmeric, you can it supplement form to attain the recommended dosages. For some conditions, however, this dosage may be increased for a few days under the guidance of the experts. Just remember that too much of anything isn’t good, and in that regard Turmeric is no exception.

Now that we know the basic facts about Turmeric, let’s look at the top 7 health wonders of turmeric.

The favorable benefits in the digestive system with turmeric have been mentioned in the books of the Ayurveda. Modern scientific studies have found that Turmeric consumption stimulates the gallbladder to release bile that helps in the absorption of fats and nutrients in the body. Turmeric is also alkaline, with an average pH value of 7.4, because of which it can be used to neutralize acidity and bloating. Many dietitians also use it as a natural supplement for helping in weight loss.

2. Is a natural anti-oxidant

Curcumin (C21H20O6) is the key organic compound that is present in Turmeric. The compound has anti-oxidation properties that react with proteins and fatty acids in the human body and delays the oxidation process in cells. The consumption of turmeric has also been known to induce the body to grow antioxidant enzymes.

The positive effect of turmeric in combating inflammation across various parts of the body has been widely acknowledged by the scientific community. Curcumin is known to help in the prevention of the inflammation in the joints. In one study done in 2006, it was also been observed that regular usage of specific turmeric-based capsules helped in the long-term reduction of pain caused by inflammation.

Some studies have also correlated turmeric with the prevention and treatment of inflammation caused by arthritis.

Turmeric can be used to strengthen the immune system to help the body deal with flu and cold. Some studies have indicated that a mixture of Curcumin and other compounds like Piperin (found in Black Pepper) and Gingerol (found in Ginger) improves the body’s general defenses against diseases.

If you are looking for a natural solution to sharpen your brain, turmeric could be your answer. Some studies have observed that Turmeric has positive links in the improvement in quality of sleep and protection against several neuro-degenerative diseases like Dementia and Alzheimer’s Disease (AD).

In various studies, Curcumin has been observed to be an effective controlling agent to combat harmful cholesterol, which is one of the main instigators of heart problems. Similarly, regular consumption of turmeric, along with a healthy lifestyle, has been linked with the general decrease in heart diseases.

In certain kinds of cancer cells, Turmeric has been observed to be very effective for prevention and control. Studies have shown that turmeric’s consumption can aid to additive or preventive treatments against cancer in the liver and colon.

Besides the above seven benefits, turmeric can also help in dealing with other ailments. It has been known to help in controlling diabetes and other kidney ailments. In its raw form, turmeric can be used as an antiseptic as well.

The Biom Turmeric Bar With Prebiotics 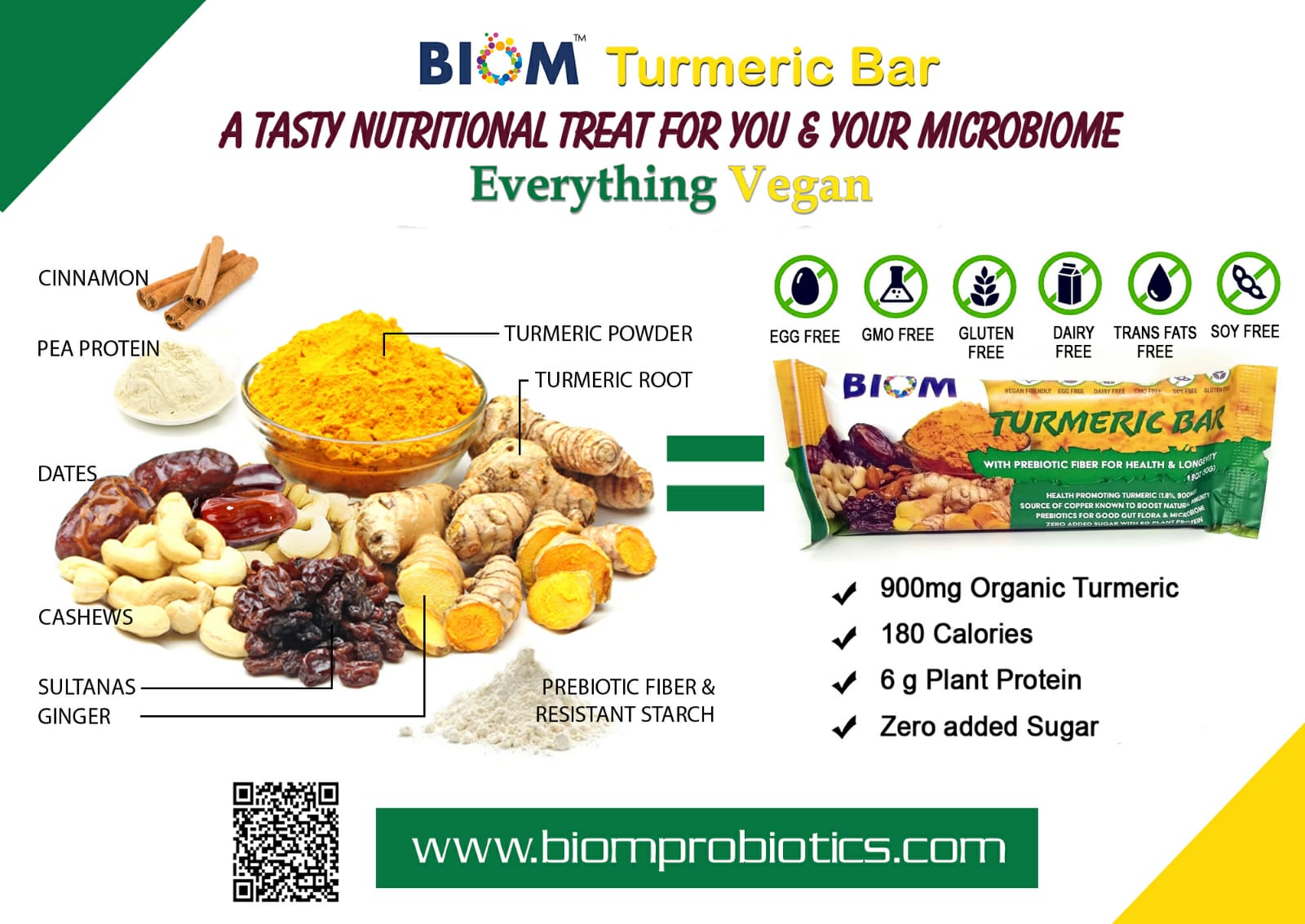 Can a snack be healthy and delightful at the same time? Of course it can. The Biom Turmeric Bar With Prebiotics is a healthy prebiotic-filled nutritional bar that includes 900mg turmeric, dried fruits, and highly nutritious nuts. It is the most convenient way for your body to benefit from the health wonders of turmeric. 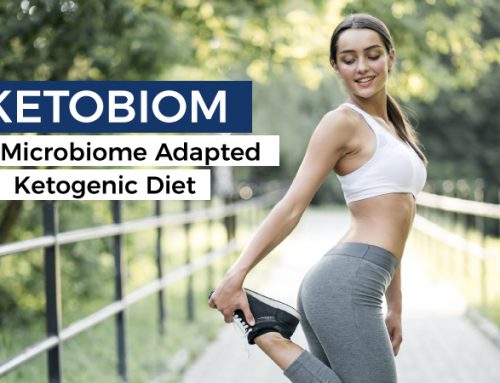 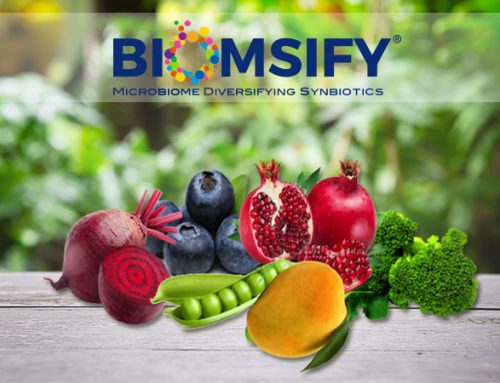